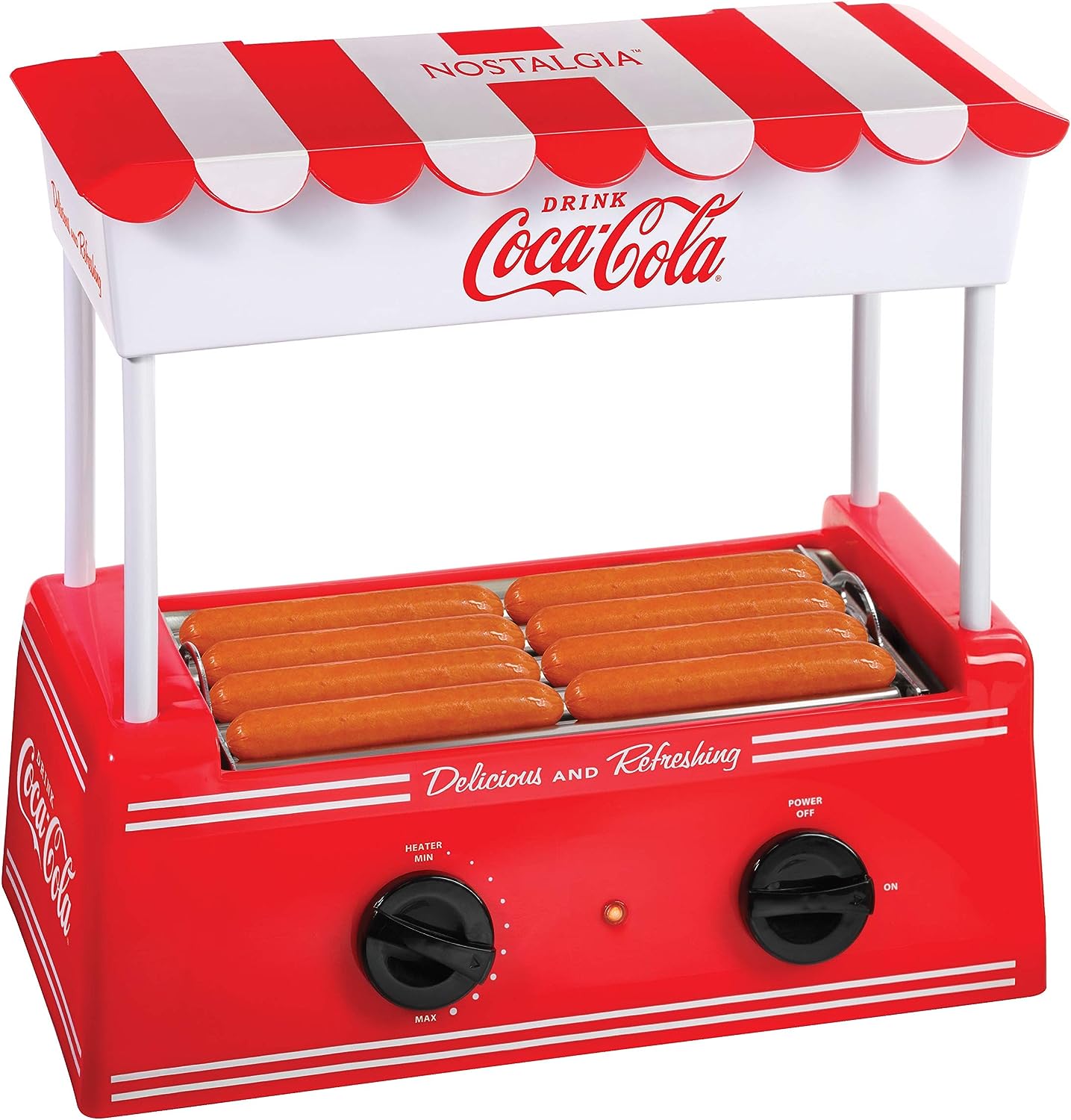 Keep the good times and hot dogs rolling! Cooks eight regular-sized or four foot-long hot dogs at a time. The stainless steel rollers continuously rotate to evenly cook hot dogs, while the adjustable heat settings makes cooking hot dogs simple and quick. The stylish canopy doubles as a bun warmer, holding up to 6 buns at a time. Perfect for taking snack time or meal time to the next level. Live on the Coke side of life!